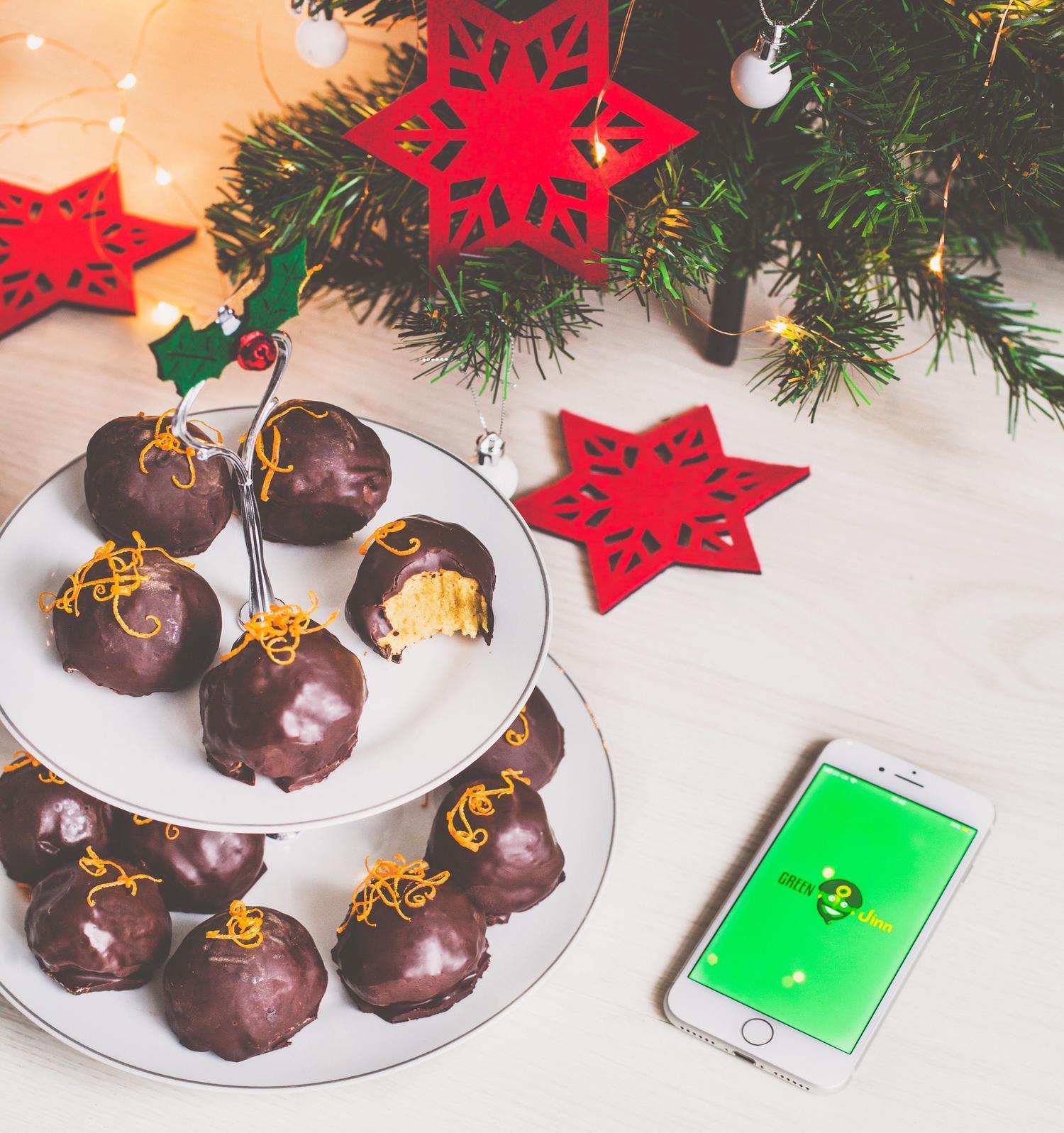 After an  intense round  of crowdfunding, restyling the iOS app (with the Android version in the pipeline!) and introducing Tesco on the GreenJinn App, we’re now focusing again on bringing something extra special to our users!

When  we think about the taste and smell of Christmas, we think about chocolate and oranges (or any citruses really), plus some aromatic spices, like cinnamon for instance. So we decided to bring those amazing aromas and tastes to your homes with our Christmas Coupons!

GreenJinn has teamed up with the very talented foodie-blogger Monika Ivanova from My Food And Happiness to bring a very special treat for our users… She took the Greenjinn app for a spin with her Christmas shop and saved around £5 on this recipe!

Not only does it taste and smell incredible, but it’s also guilt-free; made with all natural ingredients, no processed sugars, gluten free and Vegan!

Nonetheless, Monika has also made sure that it’s also very nutritious: the recipe includes both fruits (oranges) and vegetables (carrots) so you might even count it as one or two of your 5 a day 😉 She also made a pretty cool video for this receipt, which you can watch HERE.

So let GreenJinn save you money on this terrific recipe! Head to the app (iOS or Android) to get these exclusive Christmas Coupons for  all the ingredients and make some delicious Orange and cinnamon chocolate truffles!

Coupons are available in all 3 supermarkets: Tesco, Sainsbury’s and Waitrose.

Wishing you a very Merry Christmas and lots of happiness in the New Year!